In a world where we fix everything with a pill, it is reported that approximately 15 million Americans rely on the symptom relief of heartburn medicine.

Our lawyers are currently investigating claims of heartburn medications linked to kidney disease on the account of Proton Pump Inhibitors users to regulate the need for a class action lawsuit.

The Issue With Heartburn Medicine Nexium, Prilosec and Prevacid

Proton pump inhibitors(PPI) is a class of drugs that is used to treat symptoms of heartburn, indigestion, and acid reflux. They work by suppressing the production of acid in one’s stomach. Most PPI’s are sold over the counter or by prescriptions with brand names such as Prilosec, Nexium, and Prevacid. According to The Journal of the American Medical Association (JAMA), “people who take these notorious medications have a significantly increased risk of developing chronic kidney disease.”

PPI’s were first approved by the Food and Drug Administration (FDA) in the 1980’s. That is over three decades in which society and its medical professionals have perceived them to be safe in the prevention and treatment of heartburn and indigestion symptoms. Be that as it may, a series of possible adverse side effects and numerous long term side effects linked to PPI usage has recently come to light.

PPIs are medications that are omnipresent in a gastroenterologist’s proceedings. This class of drugs known as its acclaimed acid reduction agents has been available for commercial use for over 25 years with sales catapulting to nearly 13.6 million worldwide in 2009 alone. Taking into account that this was when PPIs were considered one of the safest classes of medications. Let us review some concerns causing side effects: 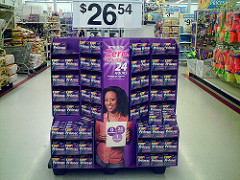 Interaction with Clopidogrel (Ceruvin, Clopilet, and Plavix) is a form of blood thinner often used to treat conditions of heart attacks and strokes. However, Plavix is alleged to be rough on the stomach lining and cause possible intestinal bleeding thus causing the need for physicians to prescribe often a PPI along with it. The concern is that PPI’s, particularly Omeprazole, hinder an enzyme called CYP2C19, that is allegedly essential for the metabolic effects of Clopidogrel. Disturbingly, the FDA issued out a warning in 2009 for users to avoid taking Clopidogrel with PPI’s, specifically Omeprazole and Nexium as they may cut the drugs effectiveness in half.

The risk of Fractures In 2010 the FDA issued out a fracture risk warning as some studies have advertised the potential for hip fractures linked to the use of PPI’s. These studies have alleged that PPI’s can reduce the absorption of calcium and thus lead to osteoporosis, weaker bones, and, thereupon, a greater chance of breaking a bone.

Dr. Graham and her colleagues from the Journal of Medical Association published a study to determine whether PPIs might increase the risk of developing kidney disease.

The study included an examination of medical records of two class of people: 10,482 participants in the Atherosclerosis Risk in Communities (ARIC) study and 248,751 patients in the Geisinger Health System in Pennsylvania.

Although Dr. Grams headlined that her study is not conclusive proof that PPIs can cause chronic kidney disease and that more research is necessary, the study came out just months after the FDA announced in October 2014 that it required PPIs to convey warning labels of acute interstitial nephritis (kidney disease). These findings are so alarming that most physicians are now allegedly prescribing the medications with caution.

These numbers and dispositions have allegedly driven many medical professionals to regard that the benefit of taking heartburn remedies is not worth the risk. Encouragement of dealing with heartburn and indigestion, by changing one’s diet, not smoking, and by not drinking alcoholic beverages has come to light.

If you are a long term user of PPIs such as Nexium, Prevacid, Prilosec, Aciphex, Protonix, Kapidex, Dexilant, or Zegerid, and were diagnosed with chronic kidney disease after that, you may be entitled to compensation. Call our investigating lawyers for a free case evaluation now.