The alleged leading type 2 diabetes drug Invokana has been linked to a serious medical condition that can lead to hospitalization according to US Food and Drug Administration.

Sources suggest that Invokana may spark threatening levels of blood acids and increase the risk of urinary tract infections.

Our highly experienced lawyers are accepting and investigating cases to assist individuals who sustained an Invokana induced ketoacidosis injury. 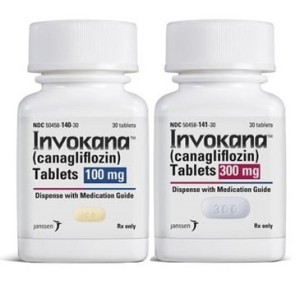 With the brand name Canagliflozin, Invokana is a newer type of medication used to treat type 2 diabetes. It belongs to a class of medications known as SGLT2 inhibitors. Invokana works by releasing excess blood glucose(blood sugars) through the urine by triggering the kidneys with a push mechanism. It is mainly prescribed for patients with type 2 diabetes in the event that the condition cannot be managed with diet or exercise.

Ketoacidosis is a serious and maybe even fatal condition that happens when the body produces too many acids also known as ketones. When the body cannot use its natural glucose (sugars) as ammunition for its cellular functions, it triggers the breakdown of fats that can then result in the build-up of an acid (ketones).

Some of the most serious but common side effects of Invokana include:

It was in December of 2015 when the FDA issued a request for labelling updates for the drug to include the risk of ketoacidosis and urinary tract infections. Since then, patients who have developed Invokana induced ketoacidosis have started filing lawsuits. This was not the first time that Invokana and its manufacturers received backlash from the FDA.

Unfortunately, Invokana has not been recalled by the FDA, even though the blockbuster diabetic drug has been linked to serious medical side effects such as ketoacidosis.

Invokana was first approved by the FDA in March of 2013 as the first SGLT2 drug. Manufactured and produced by Johnson and Johnson and its Janssen Pharmaceuticals, Invokana has since become the blockbuster drug. The diabetic drug cashed in $278 million dollars in 2015, triple what it made last year and is now the alleged top-grossing drug in its class.

Sources suggest that Invokana made its sales, not through the effectiveness of the drug, but rather the advertising of J&J and its Janssen Pharmaceuticals Inc. According to a public interest website (ProPublica) Johnson & Johnson spent the following amounts in the interest of promoting its diabetic cash cow Invokana:

It appears that J&J and Janssen Pharmaceuticals neglected patients and consumer safety by placing their desire for profits as a priority.

With claims that Johnson & Johnson and its Janssen counterparts knew about the risk of Invokana causing ketoacidosis but failed to inform the public and its users, patients and family across the United States have started filing lawsuits.

Consumers both in the United States and Canada have filed Invokana lawsuits since the FDA warnings were announced.

It is unfortunate that patients taking Invokana have to suffer dire conditions that weren’t announced by the manufacturers. And although no amount of money can undo the damages of ketoacidosis, patients who suffered these fatal side effects may be eligible for compensation for medical treatment costs, lost wages and pain, and suffering.

Although each case will be different, our Invokana lawyers will seek justice for those harmed by arguing that if Johnson & Johnson and its Jenssen partners had rightly warned the public about the risk of ketoacidosis, then physicians would most likely have prescribed medication other than Invokana for patients with type 2 diabetes.

If you or a loved one have been diagnosed with ketoacidosis due to the use of Invokana, contact our Invokana lawyers for a free case evaluation now.