Invokana, a type-2 diabetes drug, has been linked to dozens of FDA adverse event reports of diabetic ketoacidosis, kidney failure and an unusually high rate of amputation.  Our lawyers are evaluating a possible Invokana lawsuit for patients who have been affected by ketoacidosis, renal failure or kidney problems after taking Invokana for diabetes 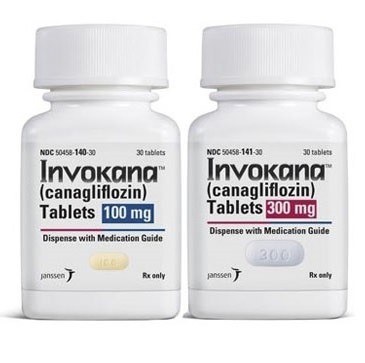 Invokana was released as a Sodium-Glucose Cotransporter-2 inhibitor (SGLT2) in 2013. Its primary function was to inhibit some of the duties of the kidneys to remove more sugar from the veins, to be released into the urine. The result has been disastrous.

The lawsuits filed against Invokana states the manufacturer failed to warn patients and physicians of the increased risks of kidney failure and ketoacidosis.

As with every drug, there were some side effects to be expected. Weight loss, typically, not a severe side effect, was just one of them. The reality offered many different results in the form of some of the serious side effects listed below, many of which led to hospital stays and serious medical issues, some of which can be fatal. If any of the following adverse side effects have happened to you or a loved one while taking Invokana contact us with the free case evaluation form on this page.

Diabetics are already in a high-risk category for ketoacidosis because of the nature of the disease. However, the drug Invokana may prompt this event when it would not have happened otherwise.  Diabetic ketoacidosis is a phenomenon that typically occurs at a slow rate. When it is diagnosed in time, it can be treated to prevent further complications. When it is not caught in time, there is every potential for it to lead to a coma and even death.

The body relies on glucose for energy. When it doesn’t have that glucose to burn, it turns to the fat in the body. This is one reason that weight loss is an expected side effect of many drugs that are meant to help regulate diabetes. In fact, many people who have diabetes may not see this as a severe side effect because they are pleased with the weight loss. The problem is that with this significant weight loss comes an excess amount of ketones. When the level of ketones in the bloodstream gets too high, the blood becomes acidic. At this point, the individual may slip into a coma and eventually, die. Some of the warning signs of ketoacidosis are listed below, but these signs can also signify other things, so it’s best to visit your medical professional as soon as you see any of these signs.

Oddly enough, most of the side effects were expected to be reported by people with Type 1 Diabetes, but so far, the overwhelming majority have been by those with Type 2 Diabetes. Even if the side effects weren’t so serious, the mere fact that the expectations about who would report more of them were so skewed is enough to cause alarm about the depth of any studies that were done before the release of the drug. Invokana kidney failure and an Invokana heart attack are just a couple of the more severe issues that have been seen in the short time that the drug has been on the market.

Though there hasn’t been an Invokana recall yet, as more extensive research by the FDA is needed. The FDA has already released an Invokana FDA warning, pending more research. At this point, those who take the drug should be diligent about monitoring themselves for some of the more serious Invokana side effects and take action immediately.

May 19, 2016 – The US Food and Drug Administration (FDA) has issued a public safety alert about an ongoing interim study that found an increase in leg and foot amputations that mostly affects the toes, in patients treated with diabetes medication Canagliflozin. This study also known as Canagliflozin Cardiovascular Assessment Study (CANVAS), revealed that amputations resulted twice as often in those treated with Invokana when compared to those treated with a placebo. Although nothing has yet been officially confirmed, the agency has reported continuing the investigation. 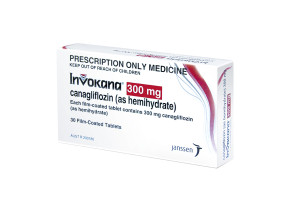 The following Invokana Lawsuits have been filed:

While on Invokana if you suffered Ketoacidosis or kidney failure fill out the free case evaluation on this page. You may be contacted by an Invokana lawyer who will want the details of your experience.  You should document your experience, including any symptoms you see or significant changes in your blood glucose levels. If you or a loved, one was hospitalized by diabetic ketoacidosis while on Invokana, please contact for a free case evaluation.

Not every person will experience Invokana side effects in the same way, but when they are experienced, it should be documented by a medical professional who can assess whether or not this is the safest medication to take.