In the state of California, nursing home abuse is described as a calculated or deliberate act that causes harm or creates a severe possibility of harm (even if the harm was unintentional) to a vulnerable adult by a caregiver or an individual who is in the position of a trusting relationship with the resident.

Countless elders are abused in their homes, in skilled nursing facilities (SNF) or in residential care facilities for the elderly (RCFE). As elders mature and thus become more physically fragile, and cognitively impaired they’re less able to defend themselves against abuse or bullying.

They lack the ability to fight back if and when attacked. Millions of cases of nursing home abuse are reported every year in America. This is not accounting for the half a million nursing home abuse cases that allegedly go unreported.

Reports show that roughly 2.5 million elders live in approximately 17,000 Skilled Nursing Facilities. Findings showed 1.6 million of these elders to be at higher risk of abuse and neglect than elders who live at home.

A study done in the year 2000 by the National Center on Elder Abuse found that in a case sample of 2,000 nursing homes over 44 percent of the eldercare assignees had been abused and 95 percent had been neglected.

Further studies revealed that approximately 90 percent of these abusers were family members. Most often these are adult children or spouses that feel burdened by their caregiving obligations.

The National Center on Elder Abuse, as of 2005 estimated that between one and two million Americans 65 or older have been abused or neglected by a caregiver.

These estimates showed that only one in fourteen cases were reported to the authorities and only one in twenty-five cases of financial abuse gets reported.

Additionally, of these nursing home abuse cases, it is estimated that approximately 50% of them include neglect, 16% are physical abuse, and 12% involve financial abuse.

Aging is a progressive and subtle process. The gradual development of old age can be microscopic not only to the person to which they are happening but also to the public eye.

For example, a young adult may run the occasional errand for his or her parents, a minute task that fits with one’s own errands and can go essentially overlooked. 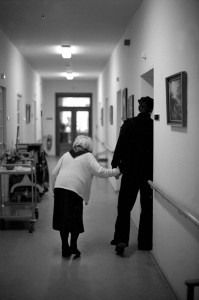 But, as the parents continue to age, they may require significant help with the activities of daily living such as going outside the home, preparing meals, taking medications per prescription order, paying bills, bathing, grooming, eating and so forth.

So, what began as an infrequent errand may develop into an arduous obligation that seems to demand most of one’s time. Thus, the caretaker may find that the obligations are a burden and emotions may boil over or care may become superficial.

What is Elder Abuse

Elder abuse is described as any form of ill-treatment that introduces harm or loss inflicted on an older person (65 plus). Although it is difficult to attain a definite depiction of how widely spread elderly abuse is in California, it is a sad fact that society tends to discount the value of the elderly.

Elder abuse can and may take many different forms, some including intimidation, threats, neglect and even financial cheating.

Types of Elder Abuse in a Nursing Home

Is the infliction of physical pain or harm, sexual assault or molestation. Physical abuse includes any conduct that is violent towards an elderly person. This can also encompass the inappropriate use of physical or chemical restraints without an acceptable doctor’s order.

Is the failure of a caretaker to perform his or her obligations; for example; assisting with personal hygiene, providing food or clothes or any service that one may deem essential for another.

Is the unauthorized profiteering and/or use of an elder’s revenue, property or assets.

Investigating Complaints from Family Members of Residents Residing in

Investigating Complaints from Family Members of Residents Residing in

California is a state known to enforce firm provisions for residential care facilities for the elderly and skilled nursing facilities. A state that shelters 100,000 elders in nursing homes. With that being said, there is still a disturbing number of abuse cases reported in California. 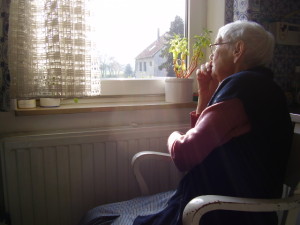 Reports indicated that the elderly who live in a Skilled Nursing Facility are at a greater risk for abuse and neglect. These elders were particularly vulnerable as most endure and suffer from several chronic illnesses and clinical diseases that lead to restrictions in physical and cognitive functioning and are therefore reliant on others.

The National Center on Elder Abuse declared that up to half of the nursing homes in America were to be understaffed. Understaffing increases the difficulty of these nursing homes in meeting the demands of their elderly residents.

Although wrong and unacceptable, overworked employees and understaffed nursing homes can lead to abuse and neglect.

7 Types of Abuse in Nursing Homes

It is unjust for an elderly resident to endure such poor quality of care when these nursing homes do not live up to the level of service they promised to provide.

The levels of poor care rendered in nursing homes are resulting in a loss of dignity, self-respect and quality of life for our elderly.

Before entering a nursing home, loved ones were proud individuals who paved the way for you and me and thus deserve respect and appropriate care when they are unable to care for themselves.

Elder abuse and neglect threaten the health and well-being of elder care residents. Such behavior is illegal and inequitable in the state of California.

If you or a loved one have suffered any form of nursing home abuse or neglect, be it in a nursing home or residential care facility, you do not need to go unheard, contact our investigating lawyers now.