Today’s youth are amongst the most vulnerable and likely to be affected by mental illness. The stigma of mental illness along with common bullying is the silent fight of our youth. This battle compounded with the reported Gynecomastia side effects of male breasts from Risperdal is a recipe for disaster. 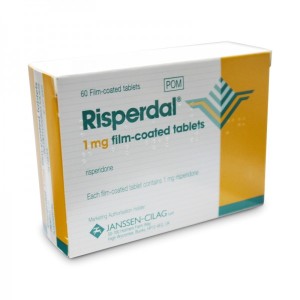 It has been reputed to be that Johnson & Johnson failed to provide adequate warnings about this risk of Risperdal and failed adequately to research the side effects of the drug.

What is Risperdal and how can it cause breast development in boys?

Risperdal, also known as risperidone, and Invega, also called paliperidone, are atypical antipsychotic drugs that work by altering the effect of brain chemicals. Risperdal is prescribed to patients with bipolar disorders, schizophrenia and other mental health conditions that tend to have difficulty balancing the chemicals in their brain.

Risperdal helps to correct that imbalance and thereby reduces the symptoms associated with these conditions. Risperdal worked so well that it produced more than $4 billion in revenue in just 2007.

Risperdal may allegedly increase the levels of prolactin (a hormone that activates breast development in women) in its users. Young adolescent boys who have been taking this medication have shown increased levels of prolactin and thus developed breasts. This phenomenon is scientifically referred to as Gynecomastia.

Research has emerged to support these claims. A study conducted and published in the Journal of Psychopharmacology in 2006 stated that “Risperdal administered to adolescents at doses commonly used for the treatment of psychotic symptoms can sharply increase prolactin levels, with clinical consequences such as Gynecomastia.”

The dissertation also denoted that because the long-term effects of Risperdal are not well-documented with distinct regard to growth and a delay in puberty, the “drug should be prescribed with caution in children and adolescents”. 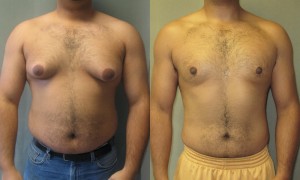 In Fact young adolescent boys who have developed breasts as a result of Risperdal use can suffer from severe psychological trauma. Countless doctors have reportedly recommended that young boys who suffer from Gynecomastia undergo surgery.

Benign cases can be resolved with liposuction while more severe cases will require a mastectomy.

Not only would these young adolescent boys suffer from breast development but they would also suffer from the following symptoms:

So far 130 cases of breast development in adolescent males allege Risperdal to be the cause. Thus reports of Risperdal lawsuits are pending against Johnson & Johnson and its Janssen unit.

The plaintiff in one of these lawsuits alleged that he “developed breasts as a result of his use of Risperdal, which he took between the ages of 9 and 14.”

He claimed that he “developed psychological trauma as a result of his injuries and needed surgery to remove the breast tissue.”

On the first day of trial during this lawsuit in mid-September 2012, Johnson & Johnson agreed to a settlement, the amount of which remains confidential. 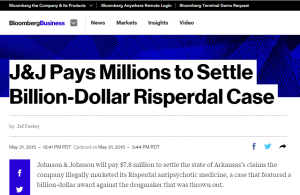 These Risperdal manufacturers have been subjected to multiple fines, penalties, and discipline that have been imposed by governmental agencies due to the negligent marketing of the medication.

Moreover, through deficient and incomplete research on the long-term effects and side effects of their medication Risperdal, Johnson & Johnson added to their patient’s adversity by causing them demeaning side effects.

The U.S. Department of Justice has stated that “Johnson & Johnson illegally marketed Risperdal and Invega.”

According to a former Johnson & Johnson sales manager, the company did not wait to obtain FDA approval before promoting the use of Risperdal use for children. Rather, they used impetus to persuade and encourage, and influence doctors to prescribe Risperdal to their young patients.

Johnson & Johnson targeted children and young adults as their focus group knowing that they had not obtained the necessary approvals to ensure Risperdal was, in fact, safe to use on children. Their negligence was driven by monetary interests, Johnson & Johnson put their patient’s health and safety at risk by not making their consumer’s health a priority.

If you or a loved one has been harmed by the heedless lack of warning and side effect labelling of Risperdal and would like to file a lawsuit, contact our investigating attorney now.

Personal injury and civil justice attorney, Brooks Cutter is a leading advocate for consumer justice and protecting the rights of the severely injured.