Do you need assistance with a corn lawsuit?

The Syngenta lawsuit seeks to compensate US growers who did not plant Viptera or Duracade corn seeds for market losses they suffered as a result of Syngenta’s failure to follow adequate procedure to ensure its Viptera and Duracade corn was approved and channeled in a manner that did not cross contaminate other non GMO corn makes it eligible for an effective lawsuit.

The National Grain and Feed Association reported an estimated more than one billion dollars in losses as a result from the trade disruptions this genetically modified corn has caused.

Have You Been Impacted by Syngenta’s Negligence?

More than 360 Syngenta lawsuits and corn lawsuits have been filed by corn growers from 20 different states across the US with hundreds more coming as more and more information regarding the Syngenta Viptera GMO corn is gathered.

These corn lawsuits vary from farmers represented by individual attorneys while others are class-action lawsuits. Large scale agribusiness conglomerates such as Cargil and ADM, have filed Syngenta corn lawsuits claiming losses of over $90 million as a result of Syngenta’s GMO corn.

What is the export problem surrounding GMO corn?

More and more consumers are becoming informed on what they consume. With our fast growing population and depleting resources; suppliers are turning to the more cost effective, mass producing genetically modified crops and foods.

Genetically modified foods have always been controversial. Some foreign governments such as China have laws not allowing GMO agriculture products, such as corn, into their country. So when that foreign government is unsure if the product is GMO or not they tend to suspend that import. This has a direct impact on the global price of the GMO product, in this case USDA corn.

What is the Syngenta GMO lawsuit about?

Supply and demand, the simplest form of explaining any market has become the grim reality for American corn growers nation-wide.

In recent years, China; one of the largest importers and thus a major piece of the market of American corn has rejected and banned American exports of corn containing traces of Viptera, or Duracade a common, genetically modified strain of corn that makes plants resistant to a number of pests, including cutworm. Then China went one step further and banned all corn exports.

This Viptera or Duracade, genetically modified corn, also known as MRI 162, was engineered by Syngenta, a Swiss agribusiness with operations in 90 countries. In 2011, Shortly after this GMO corn being approved by the US Department of Agriculture, Viptera was sold to US Commercial growers. 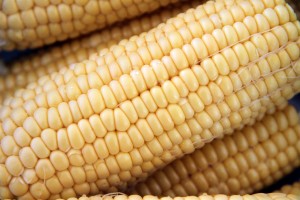 Who Loses and Who is accountable?

With the lack of China’s approval for the genetically modified Viptera and Duracade corn, US farmers had a product that was deemed illegal and unacceptable to China.

When China found the genetic trait in Viptera and Duracade GMO Corn, it refused to accept further shipments causing a downward spiral in the market with corn prices plummeting by 85 percent in 2014.

As a result farmers nation-wide, who have suffered financial losses due to Syngenta’s false advertisement are joining forces to file a large scale lawsuit. This Syngenta lawsuit may be the most effective in the effort to hold Syngenta accountable for the damages it’s negligent behaviour produced.

Have you been impacted or misled by Syngenta’s false advertisement and distribution of Viptera and Duracade GMO corn? Any corn grower who sold corn between 2013 and 2014 may be eligible to make a claim/lawsuit against Syngenta, whether or not the corn grower chose to use Syngenta’s Viptera GMO seeds.

Syngenta states they will request the court to dismiss the farmer Syngenta lawsuits because “plaintiffs do not and cannot point to any authority barring the introduction of a U.S.-approved product in the U.S. simply because the product was not yet approved for sale in a foreign country like China.” Syngenta believes that this corn lawsuit is null.

Unfortunately, for the American corn industry the situation is exacerbated as even US growers who choose not to invest in the Viptera or Duracade corn seeds are being affected as the genetically modified corn cannot be contained, polluting and contaminating nearby cornfields airborne-via pollen.

Moreover, the lack of approval of the Viptera and Duracade corn and Contaminated non-Viptera corn from China caused a major decrease in demand for US corn around the world. This decrease reflected in the price of all US corn regardless of it’s variety or supplier.

The Syngenta lawsuit is the effort to hold Syngenta accountable for its irresponsible use of it genetically modified Viptera corn. The issue lies in the false or misleading information Syngenta used to sell its GMO Corn. Bio technology organizations including CropLife; which Syngenta is a member off have set a certain code of conduct.

This code is know as the BIO Code or “good stewardship”. It is the policy that obliges developers to conduct a market and industry assessment to identify the key import markets and their regulatory systems in place PRIOR to commercializing a product. In the industry the BIO policy is the minimum standard for responsible behavior. 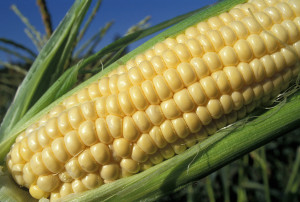 Likewise, the National Grain And Food Association endorses the BIO code and emphasizes the importance of abstaining commercializing bio-enhanced traits until achieving consumer acceptance, and authorization from the US export markets.

The NGFA advocates strict and cautious policies to prevent the presence of a unauthorized or restricted traits in the industry.

Furthermore, The North American Export Association agrees that Biotechnology providers should accept liability and compensate parties for economic damage in the event that they fail to adequately implement good stewardship.

They also stress the importance of restricting commercialization until sufficient import authorizations from foreign countries have been obtained.

Syngenta failed to provide its consumers good stewardship. The Syngenta Lawsuit points how Syngenta was negligent and calculatedly misinformed farmers by guaranteeing them that their major consumer, China, had been confirmed as being on the verge of approving the genetically modified Viptera and Duracade corn.

This corn lawsuit showcases the fact that this never occurred, as to this date, these corn seeds have not been approved.

This misleading information was a clear deliberate and irresponsible breach of conduct that has caused a raging turmoil in the corn industry, affecting and even crippling individual farmers and even major exporters.