Taxotere (docetaxel) a drug primarily used to treat breast cancer has been linked to the dire side effect of alopecia (permanent hair loss). Our lawyers are evaluating a possible Taxotere lawsuit for patients who have been affected by alopecia after receiving treatment of the Taxotere chemotherapy drug.

Sanofi Aventis, the manufacturer of Taxotere are being investigated for allegedly having knowledge of the side effect of alopecia (permanent hair loss) and failing to inform the public of this dire side effect.

The Taxotere lawsuit states that Sanofi Aventis’ failure to appropriately warn patients of the risks associated with Taxotere robbed them of the option to choose or be treated with other chemotherapy drugs such as Taxol which is reportedly just as effective without the risk of alopecia.

What Is Taxotere Chemo?

Although primarily used to treat breast cancer, Taxotere can also be prescribed for the treatment of non-small cell lung cancer, prostate cancer, stomach (gastric) cancer and head/neck cancer, It was originally approved by the FDA (US food and drug administration) in early 1996.

Taxotere is a chemotherapy drug manufactured by Sanofi SA. It works by hindering the growth and spread of cancer cells through intravenous administration. 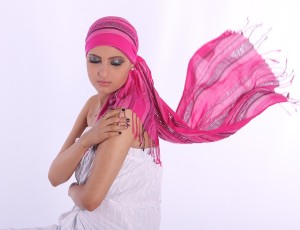 Prior to the 2015 FDA label update, the manufacturer of Taxotere allegedly assured consumers that hair loss was temporary and would return after Taxotere chemo treatment was completed.

However, evidence surfaced linking permanent hair loss to Taxotere. Dr. Scot Sedlacek conducted a study in 2006 whereby she found that 6.3 percent of breast cancer patients grew back less than 50 percent of their hair after they were given Taxotere in combination with other drugs.

The Journal of the American Academy of Dermatology published a study in 2010 where they cautioned about “an increasing number of reports of permanent chemotherapy-induced alopecia,” and allegedly accused Taxotere to be the cause of some of the cases.

According to breastcancer.org, there is approximately 2.8 million women with breast cancer in the United States. Regrettably, of that 2.8 million, approximately 75 percent were treated with Taxotere.

Along with the increasing risk of Taxotere permanent hair loss, the chemo drug Taxotere may also cause the following side effects:

Changes of color to fingernails or toes. Nails may fall off in extreme cases but will allegedly grow back once treatment of Taxotere is completed

Although less common, the below side effects reportedly occur in 10- 29 percent of patients receiving Taxotere chemo.

A Taxotere class action lawsuit has yet to be filled as the investigation of this drug is still at an early phase.

That being said, our lawyers are accepting and investigating individual cases. Although Taxotere is famous for being known as the “wonder drug,” Sanofi Aventis is under investigation for failure to warn the public of the risk of alopecia from Taxotere.

Even if hair loss may be a small price to pay in order to stay alive, it is unjust for consumers to pay such a price when alopecia from Taxotere is avoidable. In this case, patients rights to make a fully informed decision about their treatment or drug of choice has been neglected. Failure of Sanofi Aventis to inform its consumers is unlawful and, therefore, should be brought to justice.

Battling cancer is a ferocious fight, it is unfair for Taxotere permanent hair loss to be added to that mix. Hair loss from chemotherapy is a common battle that most breast cancer survivors experience. A Mastectomy, be it single or double, is another war that many women with breast cancer endure. Adding permanent hair loss from Taxotere chemotherapy is a torment that one should not be subjected to.

If you or a loved one have suffered from alopecia after Taxotere chemo treatment, contact our investigating lawyers now for a free case evaluation.

Personal injury and civil justice attorney, Brooks Cutter is a leading advocate for consumer justice and protecting the rights of the severely injured.