Kombiglyze XR and Onglyza injuries are being investigated by attorneys. The lawyers are seeking legal remedies for individuals who have been injured by the products that were sold without sufficient warnings. 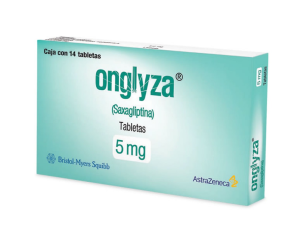 With well over 30 million diabetic Americans reported, it is no surprise that pharmaceutical companies are cashing in on the growing epidemic.   Medications such as Onglyza and Kombiglyze are designed to better the lives of patients who use them but in some manifestations, these medications end up causing more harm than good.

Recent studies have shown that side effects of Onglyza may increase the risk of chronic pancreatitis, which may cause some users to develop pancreatic cancer. Further research has also indicated that there may be a link between Onglyza and heart failure.

As a result of the dangerous side effects of Onglyza, cases are being investigated. For patients taking Onglyza, a lawsuit could be filed if they were diagnosed with pancreatic cancer or heart failure. Both are alleged side effects of the popular type 2 diabetic drug.

What are Onglyza and Kombiglyze

Onglyza and Kombiglyze are sister drugs that are designed to treat high blood sugars in people with type 2 diabetes, who do not suffer from ketoacidosis. These two medications work best when taken with a regimen of good diet and exercise.

Onglyza is the preferred medication, in that it effectively controls blood sugar and does not encourage weight gain like other diabetes medications. The drug made $709 million in 2012, and analysts say that by 2018, annual sales of the drug could skyrocket to $2.47 billion. It reached $820 million in sales in 2014.

Kombiglyze XR contains the same active ingredient as Onglyza, but it incorporates metformin with saxagliptin and is an extended-release pill.

Onglyza (saxagliptin), manufactured by AstraZeneca, is FDA-approved solely for the treatment of Type 2 diabetes. It belongs to a new class of diabetic drugs known as DPP-4 inhibitors. Drugs like Onglyza are computed to lower glucose levels complications associated in adults with Type 2 diabetes.

According to recent statements by the FDA, patients who take Onglyza (saxagliptin) to control their blood glucose levels are at a greater risk of being hospitalized for heart failure. Health regulators recently analyzed the preliminary findings of the SAVOR clinical trial to better ascertain cardiovascular risks associated with Onglyza (saxagliptin). Findings revealed a 27 percent increase in heart failure risk. Moreover, FDA officials also acknowledged a rise in the rate of “all-cause mortality” among study participants who took Onglyza or Kombiglyze XR.

Onglyza and Kombiglyze Side Effects

The common side effects of the sister drugs are:

Both Onglyza and Kombiglyze are linked to serious side effects such as pancreatic cancer, thyroid cancer and risk of heart failure.

These unwarranted serious side effects are pretexts for lawyers to file an Onglyza lawsuit.

Onglyza (saxagliptin) was approved by the U.S. Food and Drug Administration (FDA) in 2009, and Kombiglyze XR (saxagliptin and metformin HCl extended-release) was approved in 2010. Once approved for sale in the United States, Onglyza quickly garnered massive earnings for the drugmaker AstraZeneca.

According to British Medical Journal editor Deborah Cohen, when Onglyza and Kombiglyze first appeared on the market, they were “touted as the ‘new darlings of diabetes treatment’ – the biggest breakthrough since the discovery of insulin nearly a hundred years before.”

However, some doctors are perturbed by reports of a possible increased risk of pancreatitis (inflammation of the pancreas) and pancreatic and thyroid cancer associated with incretin-based therapies.

Hundreds who took these drugs filed either a Kombiglyze or an Onglyza lawsuit against the drug makers after they developed pancreatitis or pancreatic cancer, claiming that the drug companies failed to warn of the risk.

In April 2015, an FDA panel said that Onglyza should label a warning about the increased risk of heart failure. Further data from the SAVOR study involving 16,000 patients found that people who took Onglyza had a 27% greater risk of heart failure hospitalizations than those in the control group.

Onglyza and Kombiglyze manufacturers may be held liable for damages in the event patients experienced, sustained or endured side effects such as heart failure, cardiovascular problems or the development of symptoms that were not forewarned after using The diabetic drugs as instructed.

If you or a loved one have been injured while taking these diabetes drugs you may be eligible to file a Kombiglyze XR and Onglyza lawsuit. Contact our investigating attorney now for a free case evaluation.