Our personal injury lawyers are focused on helping cyclists in every way they can after an accident. We will investigate the accident and police report to help identify what really happened and who is really at fault.

If the accident is not too severe, we can help you quickly get the real value for your bicycle to get out and ride again.

We help you understand and navigate the medical treatment process and billing issues. We will negotiate with the insurance companies and protect you from their attempts to undersell your claim.

If we need to, we will go to trial.

Our bicycle crash lawyers understand what it is like to be a cyclist, and they take great care in every case.

Our bike accident attorneys know your rights as a cyclist. They understand the frustrations cyclists have towards negligent drivers.

They are still riding their bikes and are actively involved in the local and national bicycle communities to stay up-to-date with recent legal developments.

Why is a Bicycle Accident Lawyer Different?

We understand that bicycle cases are different from typical personal injury cases.

The law, the legal system, and the insurance industry can be very tough on cyclists.

What if a pedestrian causes an accident?

If you are in a bicycle accident with a vehicle, you can get hurt very badly.

If someone else is responsible for the accident, they should have to pay for your injuries.

Common injuries include, but are not limited to:

Almost 467,000+ others were reported injured. Children and adolescents aged 5-14 and 15-19 had the highest nonfatal bicycle accident injury rates in the United States.

These age groups accounted for one-third of all bicycle accident injuries that were seen in emergency rooms.

THE DUTY OF THE DRIVER

Drivers driving cars must be careful of any children that might be on bikes near the road. They need to look out for the children, and if they have to, they need to let the children go first.

When kids are around, judges usually expect drivers to be more careful. If a driver isn’t careful and something terrible happens to a child on a bike, the driver might be responsible for what happened and have to pay for it.

When driving, it is essential to focus on the road and be aware of what is happening around you.

This is especially important when making a turn or driving at night. A child on a bicycle can be hard to see, and if you don’t see them in time, there could be a crash.

Sometimes a child’s bicycle crash is not caused by another driver.

Road or sidewalk conditions can cause an accident and severe injuries too.

Potholes, deep cracks, uneven pavement and loose or improperly placed drain covers can cause or contribute to a crash.

Municipal entities and contractors can be held responsible for these accidents and injuries.

How Common Are Bicycle Accidents?

Bike accidents vary from state to state and city to city. Here are the most common types of accidents across the United States and supporting crash data. 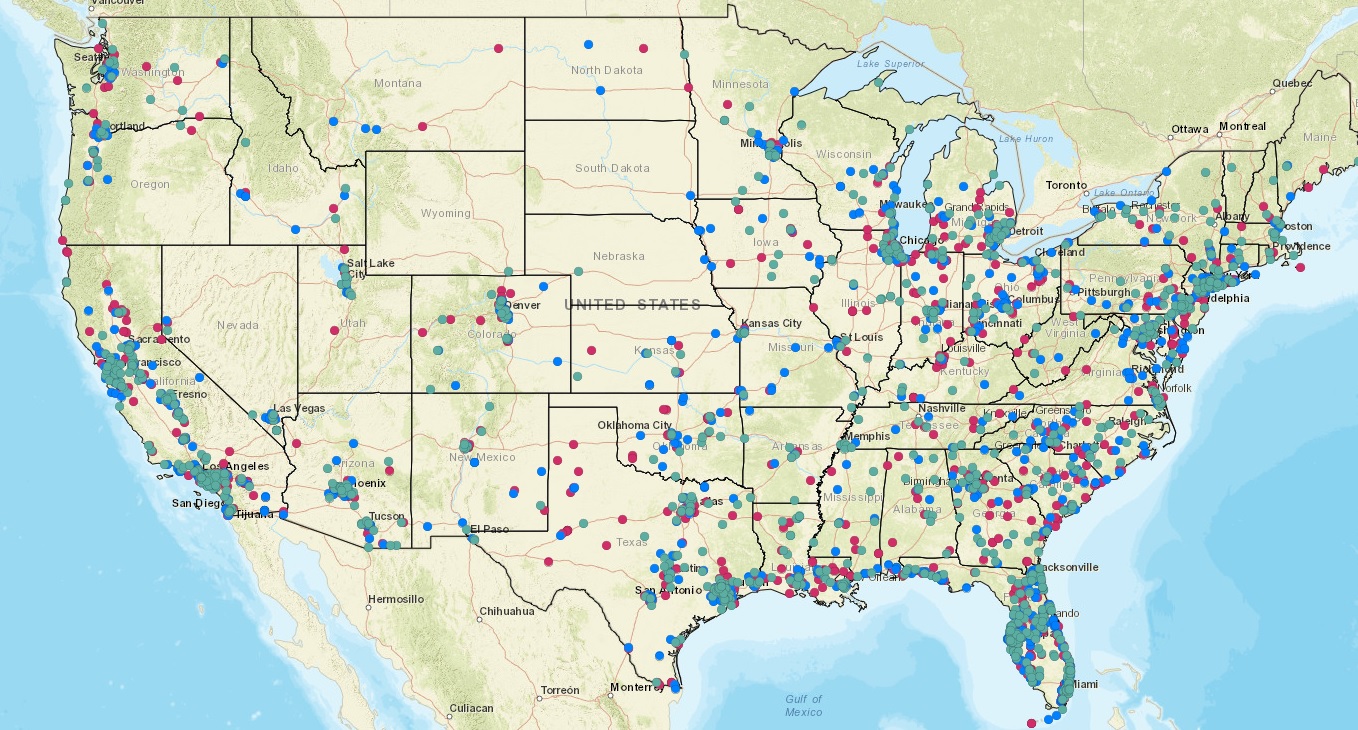 What are most bicycle accidents caused by?

Injuries were most likely to result when cyclists were struck by a vehicle, such as a car, truck, bus or scooter. Most bicyclists are likely to be struck at an angle.

Only about 5% of bicycle crashes are head-on collisions, and about 10% involve the cyclist being sideswiped or struck by a vehicle while travelling in the same direction.

Many accidents because the drivers are not paying attention, aren’t operating safely for road conditions or fail to respect the rights and space afforded to bicyclists on the roadway.

Some accidents occur as a result of poor road design. 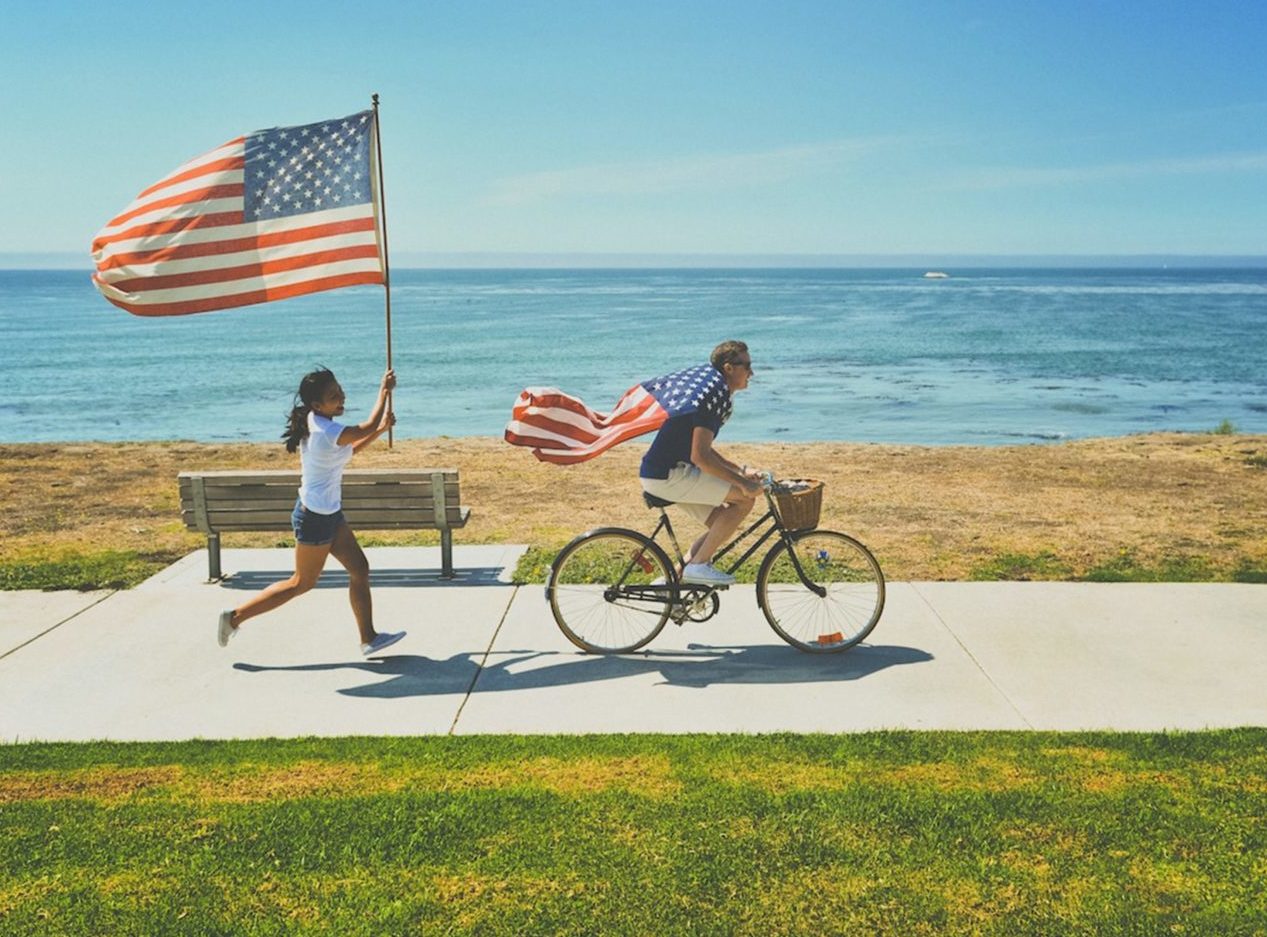 Departments of Transportation have to design and maintain safe roads, including bike lanes and bike paths.

When a bike lane, street, or path contains potholes or other hazards or is dangerously designed, the responsible government agency should face liability if a bicyclist suffers serious or catastrophic injuries. 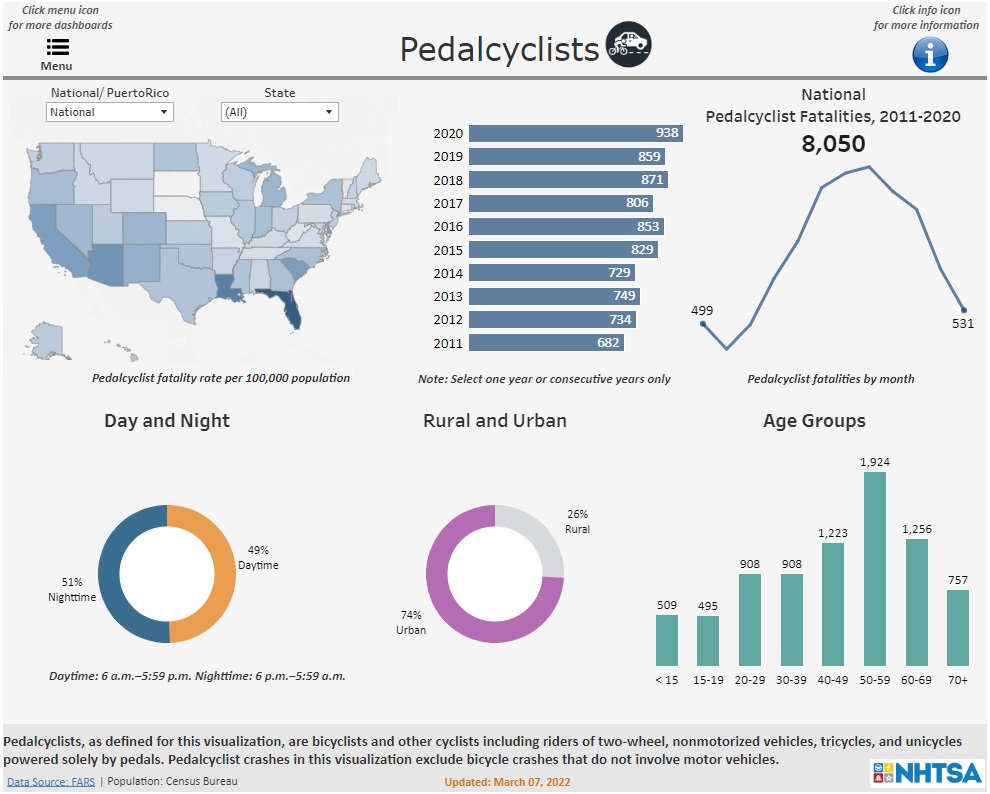 Who is at fault when a cyclist gets doored?

About 10% of all bicycle-car collisions were due to a motorist opening a door in the path of a cyclist.

A 10-year study on bicyclist fatalities in New York City showed that 3% were dooring incidents: either a cyclist striking an open door or swerving to avoid one.

As dangerous as getting doored is, it may be less hazardous than other collisions with vehicles.

According to an analysis of bike accident data, “80.04% of those cyclists who were doored were injured, while 94.40% of those in non-dooring crashes were injured.”

The most serious door-related injuries happened when cyclists were hit by another motor vehicle while swerving to avoid the door.

So cyclists might sustain a less severe injury by hitting the door and taking the issue up with the person who opened it.

If you’ve been injured in a bike accident, you may want to consult with an experienced bicycle accident attorney today.

Available Damages in a bicycle accident

Accidents happen. If you were injured due to someone else’s negligence, you might be entitled to compensation for your losses.

Below is a brief explanation of the damages.

Damages are a type of monetary award determined by a court of law to help compensate an aggrieved individual for any losses or injuries sustained due to someone’s negligence.

Configuring financial damages is simple. They comprise all bills that are incurred due to the accident.

Generally, repair and medical bills are covered, but you may also suffer future losses, such as the loss of ability to work and the earning potential that goes with it.

When determining damages in a bicycle accident claim, victims may be entitled to receive damages for:

If you are experiencing post-traumatic stress, can no longer ride your bike, can’t complete household chores or enjoy activities you’re used to, your claim can be affected.

Your bicycle crash can affect you in ways you didn’t expect, and you deserve compensation for these losses.

Each person is different, and there is no exact price point to average damages for the following:

If your child or spouse was killed in a bicycle accident, the surviving family members might be able to file a lawsuit for damages.

The deceased victim is not able to file a personal injury claim. But surviving family members can file a wrongful death lawsuit.

Family members who can file a wrongful death lawsuit include:

Auto insurance can be involved differently when an accident occurs with a bicyclist.

Some individuals carry policies that cover themselves even when riding a bike.

When the injured person needs to rely on their own insurance, this can be very useful.

Time is limited to get compensation after a Bicycle Accident.

The statutes of limitations vary from state to state in the United States.

Speak with a Bicycle accident attorney today for a free case evaluation and understand how much time you have to file your personal injury or car accident claim.

Riding for Work and getting hit in an Accident

Drivers are not the only negligent parties who may contribute to accidents. An employer might face responsibility for an employee’s negligence if the driver was on the job at the crash.

In addition, the negligence of other companies and parties may lead to bicycle accidents.

An employer might face responsibility for an employee’s negligence if the driver was on the job at the crash.

In addition, the negligence of other companies and parties may lead to bicycle accidents.

Some bike accidents are caused by a defective bicycle or bike part.

A bike part could break, causing you to crash or leaving you unable to stop. You may have no idea what happened or who was to blame.

Unlike in other personal injury cases, the injured cyclist does not need to prove the company was negligent.

In product defect cases, strict liability can be imposed for:

Bicycle manufacturers have the “duty” to sell safe bicycles for proper use.

When a corporation sells a defective bike or bicycle part, and a malfunction causes the cyclist to crash, victims should hold the corporation accountable for the cyclist’s extensive losses.

To recover damages in a products liability claim for a defective bike or bike part, the injured cyclist has to prove:

You can file a personal injury claim if you are injured in a cycling accident that was not your fault. This will help you get financial compensation for your injuries.

The money you receive can help pay for the costs of your injury, which the other person or company responsible is responsible for.

Different types of damages can be awarded.

“Economic damages” can be more easily identified with a specific dollar amount.

The goal is to reimburse you for any out-of-pocket expenses incurred due to the bicycle accident. This includes past and future costs you will almost certainly be obligated to pay.

Economic damages include but are not necessarily limited to:

Economic damages are usually proven with documentary evidence, such as bills, receipts, invoices, or other proof of how much money you have spent because of your injuries.

This may include lost wages and loss of future earning capacity. Future costs typically require expert testimony to be proven.

Proving the number of economic damages you indeed suffered can be tricky without an experienced bicycle accident lawyer to help.

“Non-economic damages” represent more subjective losses and are not as easy to identify with any kind of “paper” proof.

Even though they are more subjective, this does not mean they are less critical.

Non-economic damages can include, but are not limited to:

It takes much experience to show a jury the appropriate amount of non-economic damages.

Specific established approaches must be used to demonstrate losses such as pain and suffering. This will assist the jury in comprehending your medical expenditures and the agony, discomfort, and time you lost due to the accident.

Non-economic damages might account for a significant portion of your compensation. Even if you have fully recovered from your injuries by the time of trial, this may be true.

You are entitled to compensation for the anguish you have endured due to the accident.

Contact our accident lawyers today if you have suffered a catastrophic injury due to a bike accident.

Our experienced injury lawyers can give you a no-obligation,  free case evaluation.

Accident Lawyers in other States